February 1925 WTIC becomes the second radio station in Connecticut. At the time, it was owned by the Travelers Insurance Company. During the time of radio shows, WTIC was among the first affiliates for the NBC Red Network. Its schedule was packed with various dramas, comedies, news, sports, soap operas, game shows, and big band broadcasts. It was considered the "Golden Age of Radio." The original studio was set inside the Traveler's Insurance Building on Grove Street in Hartford. Before Ray Dunaway dominated the morning show, radio personality Bob Steele helped folks get to work from 1936-1991. Afterward, Bob hosted the Saturday morning show until his death in 2002. In 1973, Traveler's sold WTIC to Graham Media Group. In 1998, WTIC-AM-FM was sold to CBS Radio, which remains to this day.  You can catch the current Mornings with Ray Dunaway Monday through Friday starting at 5:30 AM.

Ray Dunaway, Joe D'Ambrosio, and Kathleen Crispino, founder of bigct.biz, are joined by Mark DeFrancesco from MDF Painting, a full-service painting contractor in Fairfield County. They discuss how much has changed in the local business since MDF Painting was first established in 1995. 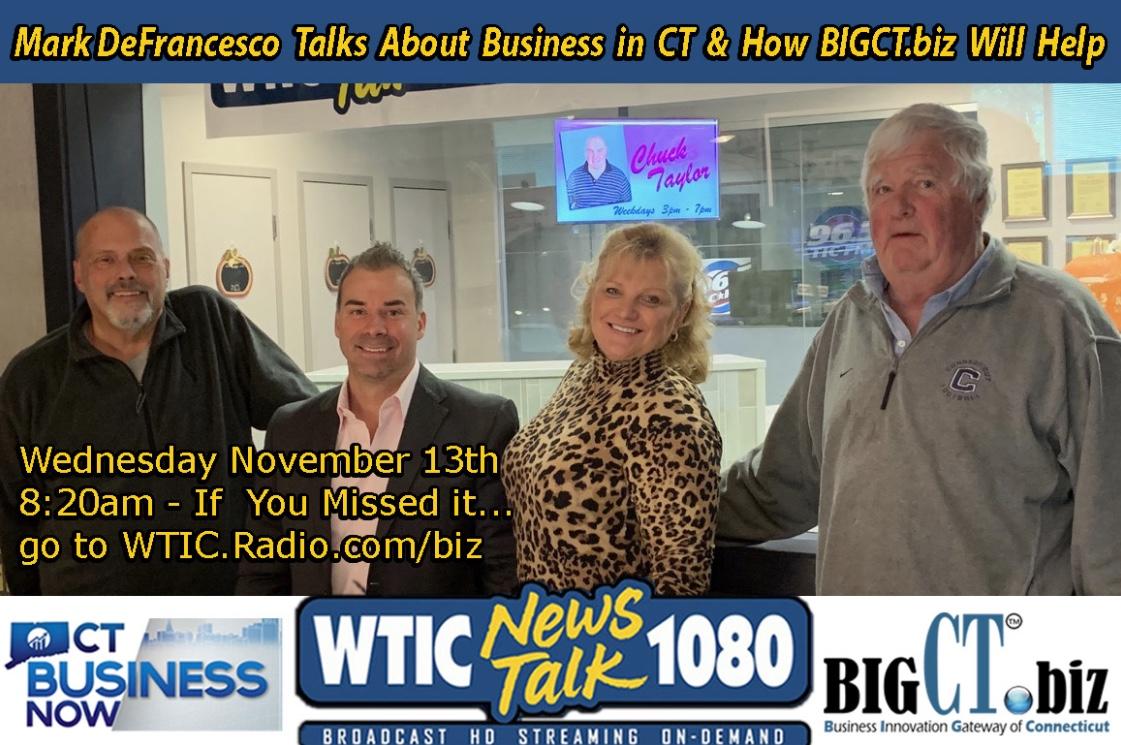 Looking for a price? Get a no cost, no obligation free estimate.

We serve the following areas